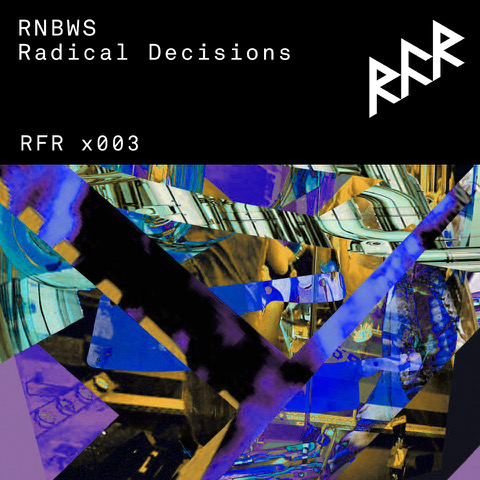 Russia is a place for the toughest of men, those eating bear for breakfast guys. In order to canalize his strength, Rnbws aka Maxim Nikolaev started doing music as a vocalist for a hardcore band in 2009, laying the basis for his musical career.

After having moved to Moscow in 2016, he released his first bass music stuff, a dubstep and electro driven solo EP on Sounds of Sumo. More music followed on labels such as Jelly Bean Farm and Blind Allies and gained support from the likes of Paleman, Lamont, Minor Science, Solid Blake, Trip – Nina Kraviz and many others.

Nowadays he’s running the label Pkge together with his friend Caprithy, focussing on the combination of breakbeat and techno. Let’s see what he’s got in store for RFR!

Rnbws starts off with “Don’t care”. Electro is the blueprint, starting out seemingly melodic, turning into a more sinister direction in the following minutes. 80s style electro drum pads, growling background noises and the ongoing “I don’t give a fuck” sample build up a pretty nice opening tool for long nights at the club.

“Linear Plots” sticks to the electro context, infesting the brain with an acidic pulsating bassline worm. Vocal shreds are twirling through the air, while the beat section has reached our feet. Nice FM sounds in the rear section of this track, reminiscent of early Rephlex recordings.

“Radical Decisions” marks the ending of this EP and it’s definitely not taking any prisoners concerning his message. Certainly, the most demanding and powerful track of this release. Noisy, straightforward and thus a certified banger.