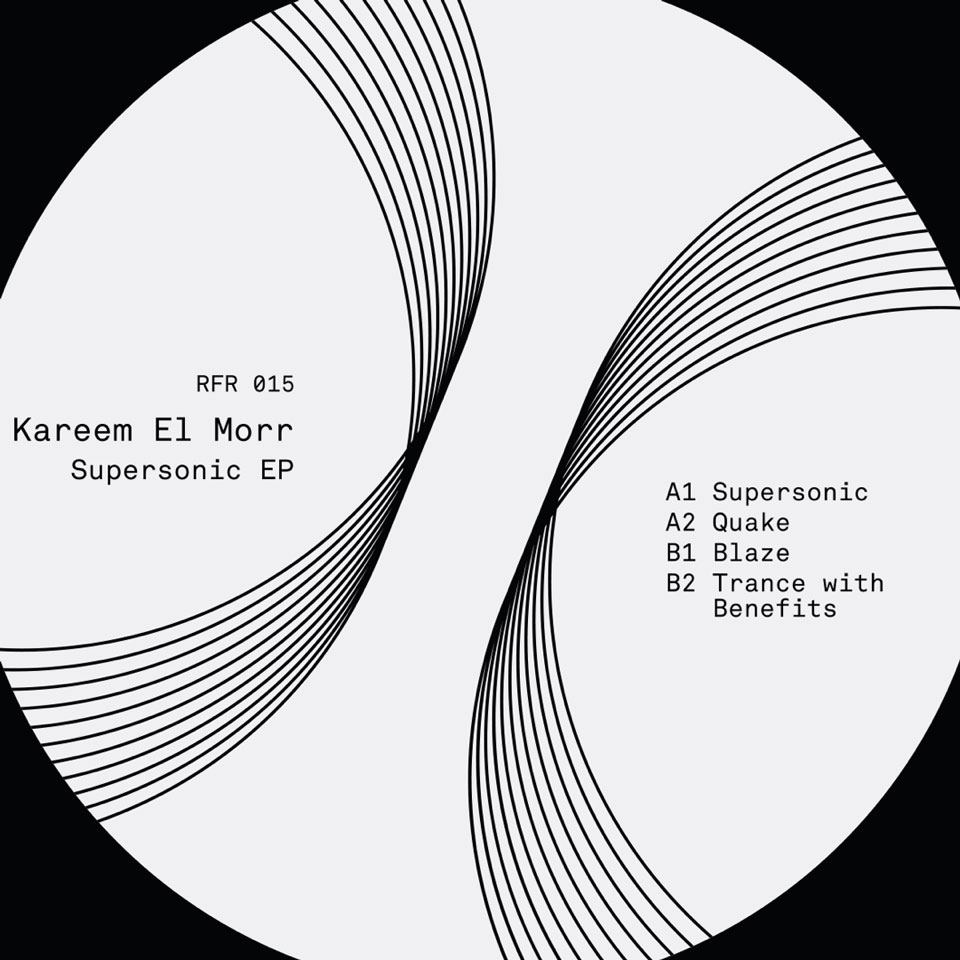 Ever since his early teenager days „Kareem El Morr“ has been working on tracks in the studio. Techno was and has always been the basis. Dirty, raw and in a positive way escalating are his sets, which he has been playing since the mid of the noughties. Not being limited when playing in the clubs or producing in the studio makes him undisputedly one of the most versatile artists in Munich. How multi-faceted he is, is now being shown on his latest RFR release.

“Supersonic” throws the gate open wide to electroid sceneries. Not a few will be reminded of I-F’s “Playstation” by the first sounds of the decently wobbeling bassline. Sick bassline variations, breaky drum parts and a pinch of Neo-Goa – any questions?
„Quake“ portrays Morr’s infinite and unconditional love to Techno. Reminiscences of Detroit’s High Tech Jazz are floating relentlessly through widely varied rooms, which we absolutely adore since the Basic Channel era.
On the flip Morr expands his driving functionality by a melodic component.
“Blaze” kicks in with a lot of delay, distorted bells and highspeed drums. This ain’t no dance, this is a ceremony!
„Trance with Benefits“ marks the ending of the “Supersonic EP”. Pictures of wafts of mist, whose intensity is being ruptured by the first rays of sunlight penetrating the club on an early Sunday morning. Happy people lying in each other’s arms, unified by the principle that Techno would be nothing without Trance.