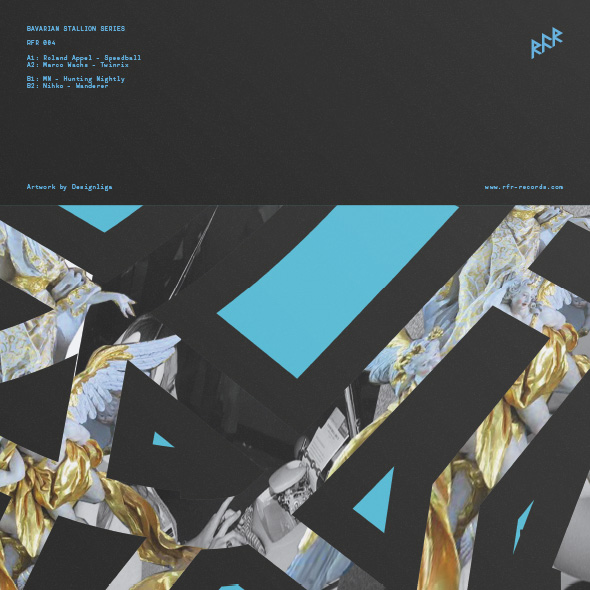 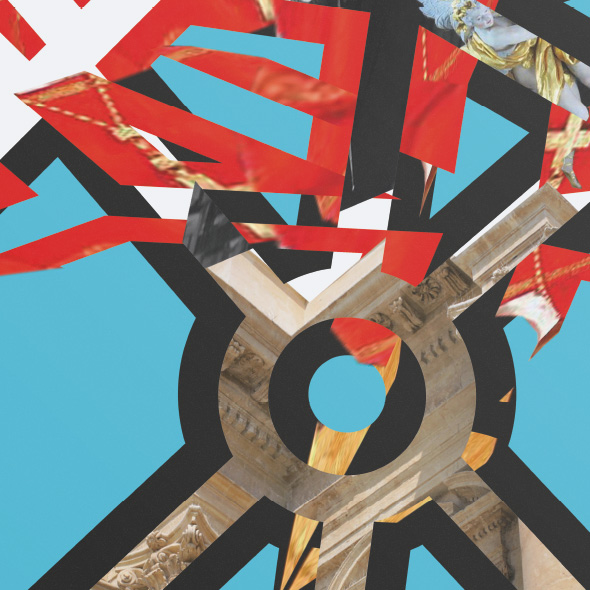 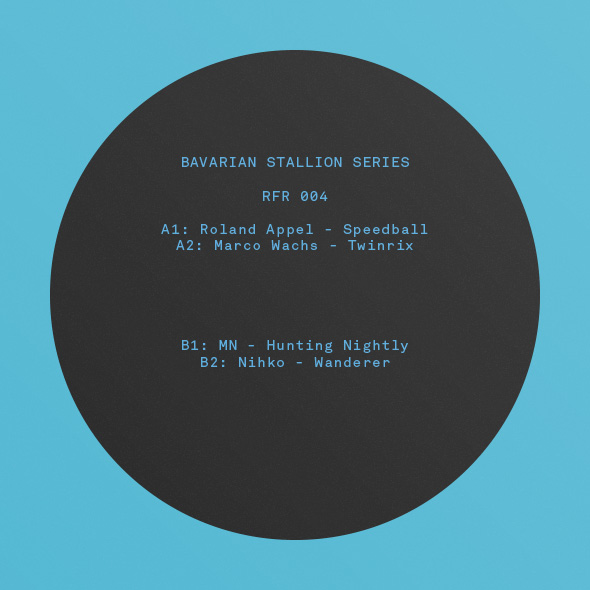 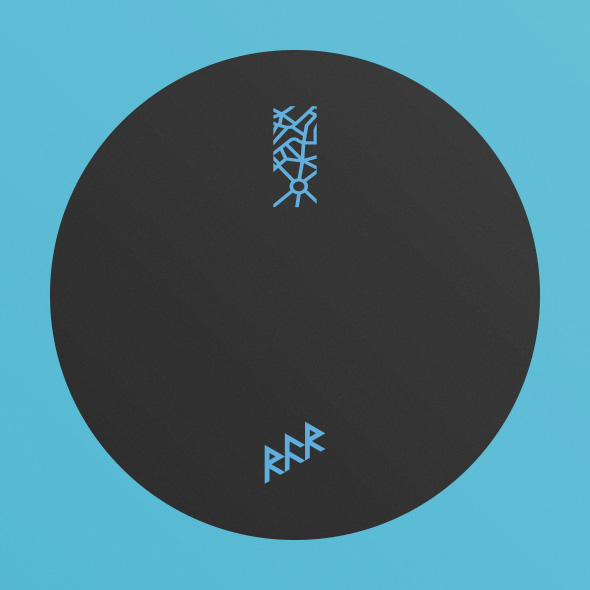 A1: Sonar Kollektiv, Fauna Flash, Trüby Trio and a true Compost All Star: Roland Appel is always on the go and his creativity limitless. For the fourth RFR instalment, he blesses us with a subtle and bass driven groover – a decent piano, fluffy pads and with the twinkling of an eye this thing has a special place in your crate.

A2: Marco Wachs steadily pushed his Munich Underground roots into the focus of a broader audience, especially with the release of an excellent 12″ on IWW Records. With „Twinrix“ he proves again that he has got an ultimate feeling for melodic and driving Detroit-House.

B1: There is no Club in Munich which has not been devastated by the sound of Macchina Nera. House is his big love, no matter if deeper versions or pumping Chicago tunes. „Hunting Nightly“ creates the perfect symbiosis of Deep and Acid House – a cakewalk for Macchina Nera.

B2: Nihko has been a member of the notorious Minimal Szene, at whose parties he is a valued guest.
When he vanishes in the underground, then only to return with full force. He is a Minimal Techno and House lover, which he emphasizes impressively with „Wanderer“